January 3, 2000 Jeep Club created in Tver "Lebёdushka". As one of the founders of the club, Evgeny Pavlov, previously worked at the Rally-Raid World Cup, one of the first projects of club decided to make a car orienteering on the road book - essentially the same rally-raid, in which the focus has shifted to the difficulty of finding a route , thereby reducing the speed of the participants to safe values. Experience in the World Cup with the existing at that time foreign instruments revealed their weaknesses, sophisticated ergonomics, low reliability. There was an understanding of what should be the correct navigational device. first Tvertrip 69. The subsequent use of and feedback from the athletes from various countries led to an improvement, the light went out Tvertrip 69 Sport has been engaged team of highly skilled engineers and programmers and by the end of 2000 the world was introduced. 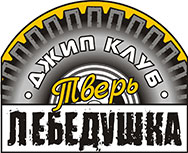 The next important step in the development was the collaboration with the team KAMAZ-Master and, especially, with an 8-fold winner of the "Dakar", the navigator Sergei Gennadievich Savostin.

Was developed a completely new device 3rd generation, even more satisfying to modern challenges of motorsport, the increased requirements for the navigator and pilot. The device was blue and had a working title of Dakar. More than half a year were carried settings tested various innovations and improvements, invented Savostin and Pavlov.

As a result, version 3.5 is almost no change was the basis of units of the 4th generation of green Tvertrip Profi, of current. Now available version 4.1 - the base, 4.3 - with remote corrector distance. In addition to the navigational devices are available:

TVERTRIP SOUND — audio controller to change the frequency of the sound and color, while using multiple devices.

Works on creation of the 5th generation of the device Tvertrip Cosmos. Built on a new platform using the OLED-display, Tvertrip Kosmos can work with GPS / GLONASS sensors, it will be available to a number of useful new features, greatly simplifying the work of the navigator, provided the output of information from different systems of the car. Members of the 5th generation will be able to update their version through our website.